I have a new book coming out. This time it’s middle grade–and all fantasy. Thought some folks should know.

END_OF_DOCUMENT_TOKEN_TO_BE_REPLACED 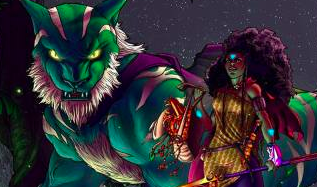 This month, my short story “The Things My Mother Left Me” was published in the special edition of People of Colo(u)r Destroy Fantasy. It’s an effort in worldbuilding and storytelling some five years in the making.

END_OF_DOCUMENT_TOKEN_TO_BE_REPLACED 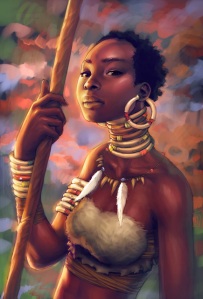 When the inspiration first came to me, to try my hand at writing fantasy outside of the usual medieval European framework, I knew exactly where I wanted to begin. I hadn’t read Charles Saunders. I thought for certain I was doing something new–a speculative fiction Jackie Robinson. I’d read enough fantasy to know the basics. I had to create a world, a setting distinct from the Eurocentric fantasy I’d grown up with. I chose Africa with hardly a second thought. Most fantasy works by white authors were set in some version of medieval Europe. Black people were from Africa–that’s what I was going with. Besides, I was no slouch on Africa. My parents had filled our house with books on African culture, art and history. I was taken to see African theater. I’d visited Africa at least once. Being a political junkie, I even felt it my responsibility to read African newspapers to keep up with what was going on. Heck, I listened to Fela! Sure, as the child of Caribbean immigrants, I was more than a few generations removed; but in my mind Africa was something always near–in my music, in celebrations like Carnival, in my fashion, my thoughts. So when I began creating worlds out of varied kingdoms, and scoured through the folklore and myths of diverse African cultures for magic systems, gods and monsters, I never thought of it as “appropriation.” Africa was mine. Wasn’t it?