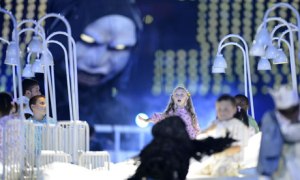 “Americans left baffled by left-wing tribute to free healthcare during Opening Ceremonies,” reads the Daily UK Mail. You mean where Lord Voldemort and an assorted set of baddies were defeated by the National Healthcare System (NHS) of Britain along with an army of umbrella waving Mary Poppins-es? Sigh. Of course we were.

END_OF_DOCUMENT_TOKEN_TO_BE_REPLACED

Anyone acquainted with dystopian science fiction is familiar with the theme of crime. As the stories usually go, in some near-future basic human decency has severely broken down. This can leave us with societies where crews of psychopathic rebellious youth terrorize the rest of the populace, like A Clockwork Orange. Or we find ourselves in the midst of a crumbling urban community ridden by rampant criminality, as we get in Robocop. The most bleak assessments are those that feature the utter breakdown of civilization, where everyone is left to fend for themselves against leather-clad S&M biker gangs, psychotic rapists and cannibals who’ve learned to hunt in packs. Often, these latter dystopias are based on cities in our present world with a crime-related image, such as John Carpenter’s classic Escape from New York (with all its questionably racially suggestive metaphors) to 2009’s District 9 (equally filled with problematic racial allusions) set in Johannesburg, South Africa.

The one place I would think furthest away from this futurist world of societal blight and crime is Trinidad & Tobago, where I spent the earliest years of my life. But if you’ve visited the island republic any time in the past few years, you quickly learn that crime is the hot topic on everyone’s lips. From relatives to friends, acquaintances and strangers, journalists and government officials, crime is the crisis du jour. Everyone has stories of crime to tell you, each more harrowing than the next. And everyone is worried about where the country–and crime–is headed. A small Eastern Caribbean country often associated with utopian scenes of beaches, Carnival and festivity, is experiencing its own crime-associated dystopian reality.

*disclaimer: these are the observations of an outsider-insider, and are not meant to supplant anyone’s daily lived experiences.

END_OF_DOCUMENT_TOKEN_TO_BE_REPLACED 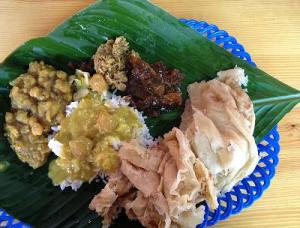 “Don’t accept no food from Mr. Ramkisoon. Neighbor say Mr. Ramkisoon hands not clean.” The names have been changed to protect the accused, but this was the warning given by my parents before I got on a plane bound for our house in Trinidad. For those who might not be aware of the phraseology, the concern about Mr. Ramkisoon’s unclean hands has nothing to do with his hygiene. It was a warning that Mr. Ramkisoon possibly dabbled in some “simi dimi,” or more likely had done something foul to earn a curse placed upon him. My parents (who now live in the US) had it on good information–an Indian neighbor on our block who kept them apprised of the goings on back home. Like the song say, “Trini talk talk talk talk talk…”

So here were my Afro-Trinidadian parents, who are nominally Christian, concerned with superstitions rooted in Hindu (specifically Indian-Trinidadian) folklore. Welcome to the cultural mash-up of my childhood, or as I like to call it, a little bit chutney and a little bit pelau.

END_OF_DOCUMENT_TOKEN_TO_BE_REPLACED 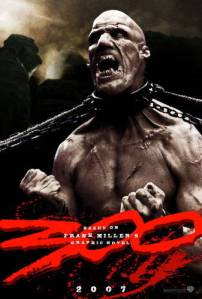 So I’m doing what I normally do when I should be working/writing (trying to read the entire internet) and quite by chance I find out they’re making a sequel to 300. Then I threw up in my mouth a little… because nothing makes me gag like the thought of another bit of Hollywood-formulated Occidental fantasy and Orientalist othering with a large dose of historical revisionism by that icon of multiculturalism and gender representation, Frank Miller. Re-posted below, for whoever cares, is a review and critique I wrote on 300 back in 2007. In the name of blogger honesty, I haven’t changed anything from the original post–except for a few broken links. I have a feeling the inevitable sequel won’t require me to do that much revision anyway.