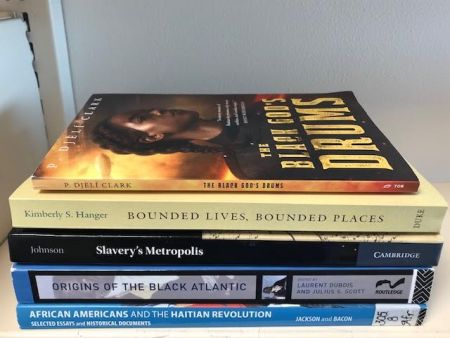 END_OF_DOCUMENT_TOKEN_TO_BE_REPLACED

It’s that time of year again, Black History Month. And in 2017, we may need it more than ever.

END_OF_DOCUMENT_TOKEN_TO_BE_REPLACED

This month, my short story “The Things My Mother Left Me” was published in the special edition of People of Colo(u)r Destroy Fantasy. It’s an effort in worldbuilding and storytelling some five years in the making.

END_OF_DOCUMENT_TOKEN_TO_BE_REPLACED

I attended an event at the Smithsonian this weekend called Asia After Dark: Afro-Asiatic Mash-Up. Held in the meditative Moongate garden, the evening featured a “mash-up” of Japanese vogue dance, theater, storytelling, hip-hop music and Afro-funk (Fela!) choreographed by visual artist iona rozeal brown. Among inventive cocktails, Japanese beer and floating origami lotus blossom lanterns, guests were invited to create masks using Asian botanical and Ashanti adinkra symbols from West Africa, while the highlight was a performance of soloist dancer Monstah Black–whose outfit was a dizzying array of Japanese Geisha meets Soulsonic Force topped off by a Gabon-Punu/Lumbo mask. Was pretty dope. And the only thing conspicuously missing in this Afro-Asian fusion was any mention of Wu-Tang Clan. Yet as novel and cutting-edge as all of this meeting of two seemingly un-related cultures and peoples may seem, it’s not really all that new. Asia and Africa have been melding and fusing for quite a long time.