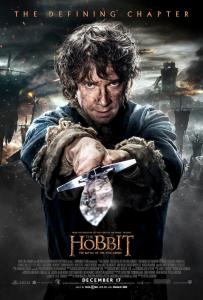 Peter Jackson has followed up with the final installment in his rendition of J.R.R. Tolkien’s The Hobbit, titled The Battle of the Five Armies. It’s a fitting title, because this time around the story is all about the thrill of war in Middle Earth. And perhaps not much else. A look at The Defining Chapter…

END_OF_DOCUMENT_TOKEN_TO_BE_REPLACED 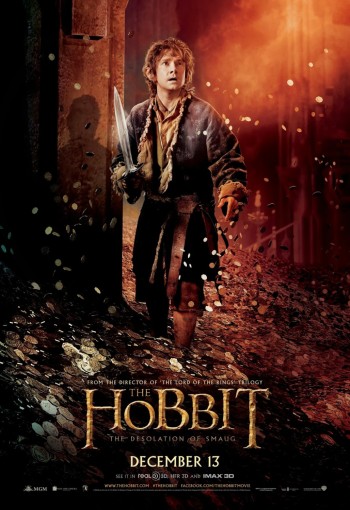 Peter Jackson has followed up with the second installment in his rendition of J.R.R. Tolkien’s The Hobbit, titled The Desolation of Smaug. It’s a fitting name, because undoubtedly Smaug flys away with the film (move over Bilbo). Overall, it’s a significant improvement on part one of the stand-alone book turned cinematic trilogy. But like its predecessor, the movie still suffers from its inherent flaw–Jackson’s obsession to turn this children’s tale into one long drawn out prequel to Lord of the Rings. Once more, E is for Embellish.

END_OF_DOCUMENT_TOKEN_TO_BE_REPLACED 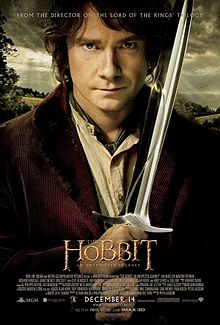 What happens when a stand-alone novel gets turned into a prequel in reverse? You get fighting dwarves, a sword-wielding hobbit, a rabbit-pulled-sled and an albino orc henchman…of course. What? You thought a barely 300 page children’s book was going to be enough to churn out three sprawling cinematic “money-in-the-bank” features? You must have been smoking that half-ling leaf….