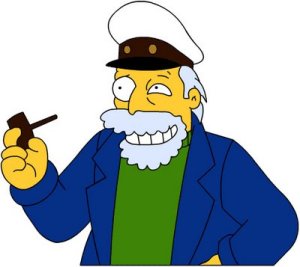 In the late 17th thru mid 18th centuries, piracy was the method of last resort for the downtrodden and dispossessed: men desperate for work; deserters from throughout the war-wracked Atlantic; runaway slaves seeking refuge from bondage; criminals (from debtors to cutthroats) escaping the long arm of the law. Today, pirates are most remembered through popular culture–as dashing rouges, foppish cross-dressers, menacing brigands and motley crews of mad men and degenerates. But the pirates and piracy of history were much more complex, individuals who chose the margins of society as preferable to the authoritarian rule of empires, creating a separate space where they sought to govern themselves through methods that were radical not only for their day, but our own.

September 19 is officially International Talk Like a Pirate Day. No. Seriously. That’s a thing. It allegedly began in 1995 over a game of racquetball between two self-proclaimed “pirate guys” John Baur and Mark Summers, who during their many groans and cheers began hurling popular “pirate slang.” The idea for an official “Talk Like a Pirate Day” was pitched to humorist columnist Dave Barry, who helped launch and promote it as a holiday in 2002.

Since then, it’s grown into a humorous day–where people dress up in eye-patches and wave Jolly Roger flags and try out their best “arrrgggh!” Facebook even has a feature, where you can change your page over into “pirate talk.” Popular culture has given us a variety of pirates: Treasure Island’s despotic Long John Silver, swashbuckling Errol Flynn, the foppish Jack Sparrow, The Simpson’s humorous Captain McCallister (Yarr!) and more. Pirate costumes, from the ruthless Captain Hook to the “sexy” buxom lass, remain a favorite for Halloween. There’s even a whole sub-genre of steampunk dedicated to pirate dress, where Ironclad and Airship pirates roam the seas and airs of our imaginations.

But the pirates of history were hardly entertaining, and treated with scorn by the global system they threatened to disrupt. Painted as a motley, multi-racial, anarchic rabble, what historians Marcus Rediker and Peter Linebaugh have identified as part of “a many-headed hydra,” pirates became pariahs of the first order. Thousands were captured or hanged throughout the Atlantic, as even competing empires (who were not above using pirates for their own use), sometimes joined ranks to crush this growing menace.

Piracy grew out of the harsh life of sailors and the general disparity of the 17th and 18th century that accompanied the era of large seafaring merchant vessels that shuttled commodities across the Atlantic.This was an era where legitimate merchant captains of commerce were considered absolute masters of their vessels, able to flog and even kill crew members as they wished. Men could be conscripted onto ships for debts or petty crimes, and spend much of their lives laboring in desperate indentured servitude. It wasn’t hard to identity sailors of this era, men who had lost limbs or who showed the scars and disfigurements of their dangerous work; the eye-patch and peg-leg and hooks we today take as play, were actually indicative of the precarious nature of the sailor’s profession. Others, like those who labored on slaving vessels, would never survive their voyage, dying from disease on the coast of Africa. As one observer noted of the time, “No man will be a sailor who has contrivance enough to get himself into jail; for being in a ship is being in jail with the chance of being drowned.” Life for many sailors was thus a common struggle for subsistence and survival, leading many into a life of alcoholism and despair.

But such circumstances also brought resistance. It wasn’t surprising that rebellions and riots in much of the Atlantic world often took place in harbors and ports, where sailors railed against their merchant vessel employers and the imperial systems that depended upon this lucrative commerce. In the islands of the Caribbean, where colonial control was still lax in the 17th century, men and women deemed “the outcasts of all nations”–convicts, prostitutes, debtors, vagabonds, escaped slaves, indentured servants, disgruntled sailors and others on the margins of society–began to organize their own modes of self-governance. Mutinous sailors overthrow their repressive captains and officers, flew up the black flag that announced they saw no nation as their master, and declared themselves pirates. Soon this “motley crew,” as English authorities angrily denounced them, would take to the seas, preying on the valuable shipping lanes that crisscrossed the Atlantic and brought wealth to empires.

Many pirates demanded their vessels function different from the capitalist merchant ships. They drew up articles that called for a social order where loot was to be divided equally, captains were given limited power and created communities that cut across national, racial and cultural boundaries. These vessels could be highly class-conscious, as pirates took their revenge out on merchant vessels, robbing them of their goods and placing their officers on trial. A merchant captain captured by pirates could be placed under the justice of his crew, who were often given the chance to join into hydrarchy. How he had previously treated them would decide his ultimate fate. As historians Rediker and Linebaugh state, “the pirate ship was democratic in an undemocratic age…egalitarian in a hierarchical age.” It was literally, “the maritime world turned upside down.”

In this “motley crew” that thumbed its nose at authoritarian society, social boundaries were also much more fluid. Though not numerous, women found their place among pirate vessels–as evidenced by such prominent figures like Anne Bonny and Mary Read. Hundreds of people of African descent also found their way upon pirate vessels, with official accounts noting that “Negroes and Molattoes” were often present. On some pirate vessels, blacks made up as much as half or more of the crew–as for instance the famed Blackbeard, whose crew of one hundred boasted some sixty blacks. When Blackbeard was captured, one of these blacks, a “resolute Fellow, A Negroe” named Caesar, was ready to blow up his captain’s ship rather than surrender it to the British Royal Navy. Black pirate crew members were often part of the vanguard, taking the lead with the captain in boarding merchant vessels. Pirate culture, including pirate songs, dances and shanties, became deeply influenced by the presence of black sailors, who brought with them their creolized and African traditions. As Rediker and Linebaugh relate, “Black pirates were so common as to move one newspaper to report that an all-mulatto band of sea robbers was marauding the Caribbean, eating the hearts of captured white men.”

Slavery itself, booming in the 18th century, would play a key role in piracy. The crew of pirate Black Bellamy’s vessel was described as “a mix’t multitude of all Country’s,” amongst them British, French, Dutch, Spanish, Swedish, Native American, free blacks and some two dozen Africans liberated from a slave ship. One of the most common commodities sailing the Atlantic at this time were slaves–packed into the hulls of merchant vessels to be sold in the Americas. With such lucrative cargo, slave ships quickly became key targets of pirates. Some captured slave ships only to sell the shackled human commodities located beneath deck. But not all. In other instances, perhaps influenced by the blacks that served amongst them, or showing a disdain for slavery and its link to the mercantilist system, pirates not only captured slaving vessels but liberated the Africans aboard–enticing them to join their crew. These freed slaves would help swell the ranks of piracy, and become a fearful sight in the slave-holding Atlantic, so much so that some took to calling pirate ships, “floating maroon” vessels.

In fact, what may have helped seal the fate of piracy, was the war it began against the very lucrative slave trade on the African coast. In the early 18th century slave vessels saw several mutinies, where sailors–often brutalized by officers–overthrew their captain and turned to piracy along Africa’s shores. Hundreds of pirates also understood that slaving vessels heading from Europe or the Americas were coming laden with goods (ammunition, rum, guns, textiles) for the trade in black bodies, and began to lay in wait for them before they could even reach the African coast. The most famous pirate who waged war against the slave trade was likely Bartholomew “Black Bart” Roberts, who headed an entire pirate convoy that sailed up and down the African coast, “sinking, burning, and destroying” slaving vessels, as well as plundering slave-forts for items, and often setting free slaves in the process.

Slave traders from Senegambia to the Gold Coast were thrown into panic at Roberts exploits, and financiers back in Bristol, Liverpool and London began demanding something be done to curb these acts that were costing them precious wealth. The House of Commons, answering the call, drafted a bill to end piracy. A British naval squadron was sent out which engaged and defeated Roberts pirate convoy, killing over a hundred. Captured pirates were held in slave dungeons alongside slaves and then hastily tried. Some were conscripted onto slave vessels while others were executed, their bodies left to hang along Africa’s slaving coast as warning for any other interlopers who dared disrupt the trade.

The defeat of Roberts was one of the turning points against hydrarchy, as various nations worked to crush the threat it represented. By the mid 18th century, the “golden” age of piracy had come to an end, as the Atlantic became safe for the merchant shippers of commodities–gold, guns, human bodies and the products of their labor–that would make empires and colonies wealthy.

Not all pirates of course shared such high ideals. Some were unsavory characters, who mimicked the worst excesses of the merchant vessels they sought to escape. Others were paid privateers in the service of feuding Empires. Still, there was much more to piracy than is put forth in our popular culture, which has turned them into figures of fright, comedy or fantasy for our imagination, while their actual radicalism and role in the turbulent Atlantic seems forgotten. Maybe it’s time for writers and creators of fiction, speculative and otherwise, to imagine a different image of this past that takes into account these many complexities.

If you agree, say “Arrrghhh!”

10 thoughts on “Pirates, Hydrarchy and the Motley Crew: Beyond “Arrgggh!””