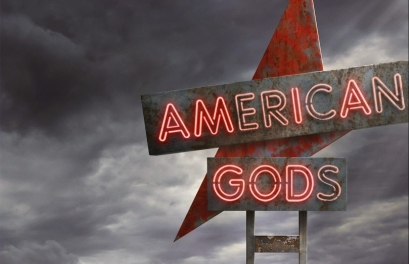 Some thoughts and comments.

After what seems the longest wait ever, American Gods is finally here–on the TV! Almost hard to believe the book came out over a decade and a half ago–in 2001. Since then, it’s gone on to win awards (including a Hugo and a Nebula) and been an all-around hit with fans. I’ve read the book a few times myself, including a reread just this past month as a refresher. And it’s always a mind-boggling and amazing journey, with new bits and pieces picked up along the way.

Neil Gaiman recounts that he wrote American Gods after taking long road trips through the U.S., where he became acquainted with some of the finer cultural signifiers (sometimes hidden, forgotten or glossed over) of Americana. In a way, reading his explorations of the kitschy and the quirky bits of the United States is reminiscent of the projects of eighty years prior–when John A. Lomax and the Federal Writer’s Project went searching for America’s folklore and folkways. 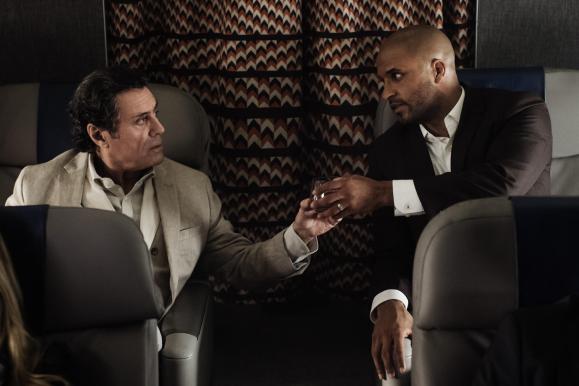 In Gaiman’s narrative, America is home to gods, magic and sacred places–many of them hiding in plain sight. He brings this world to life chiefly through the travails of the main character Shadow Moon, a tragic ex-con who ends up working for the mysterious cantankerous swindler, Wednesday. Along the way we meet gods from old Russia, creatures out of Celtic myth, characters from West African fables and more. These gods and goddesses, spirits and magical beings, all live among us–brought to America by explorers, traders, immigrants, slaves and the continent’s first human inhabitants. They do everyday things, and take up occupations as funeral directors, sex workers and even cabbies. But they are still gods, and yearn, need, to be worshipped.

Gaiman’s work is such a complex construction, I admit feeling trepidation mixed in with my excitement at learning it would become a television show. The cast all seemed right: actor Ricky Whittle as Shadow, Ian McShane as Wednesday, Orlando Jones as Anansi. But could the pages be adapted to a visual medium and still keep its magic? I know it hurts some folk to hear this, but not every book needs to become a show or film. Lots can go wrong. *Ahem* Lots.

A look at some of the cast of American Gods

After watching the first episode of American Gods (titled, aptly enough, “The Bone Orchard”) I’m relieved to say that much of my trepidation has eased. If I was worried that the TV show would compromise on Gaiman’s story, water it down to nothingness, gotta say–NOPE! It’s got everything: the quirks, the darkness, the glimpses of gods and goddesses and magical creatures in all their bizarre glory. Mad Sweeney (Pablo Schreiber) plucks coins out of the air. Technical Boy is just as annoying as he should be. And Bilquis (Yetide Badaki) does EXACTLY what Bilquis does!

American Gods also, true to its original source, maintains its diversity. These are gods we’re talking about after all; so there’s no need to stick to the usual western European or Greco-Roman pantheon. This gets at the heart of Gaiman’s work, which in the end is a quest to discover what is American; contrary to popular ideology, this doesn’t default to whiteness. As he has stated of his own creative vision: “I wanted to do something about immigrants, and the fact that you’re in this country where basically everybody came here from somewhere else at one time or another.”

Mind you, assuring diversity was no simple feat. In an NPR interview I can no longer locate (who can ever pin down old NPR interviews? flighty as pixies!), Gaiman discussed being approached once by a studio to create a film adaptation of his American Gods spin off, Anansi Boys. But the studio wanted to make one change–the main characters would need to be made over as white. Yes, characters influenced by popular West African & Afro-Caribbean folklore were going to be whitewashed. Welcome to the perils and pitfalls of film making and political economy. To his eternal credit, Gaiman said “Nawww.”

This time around, Gaiman made sure that those on board with recreating his vision got the diversity right–along lines of race, gender and sexuality. So far, it seems to have that aplenty. That doesn’t mean, of course, the show will not spark critique and conversation. Depicting Bilquis, the goddess and Mistress of sex who literally…devours…as an identifiable black woman–given the long history of black womens’ socio-sexualization and fetishization–is going to understandably raise some eyebrows. It raised mine, even as it got that entire scene very much right.

It should be noted, Bilquis is the Arabic name for the Queen of Sheba (Saba) of Old Testament fame. Given that the Kingdom of Saba may have included Southern Yemen, the Horn of Africa and parts of Ethiopia, the semi-legendary queen has long been envisoned as dark-skinned and/or black. As goes the long translated Biblical verse: “I am black, but (and) comely, O ye daughters of Jerusalem.” Included among the diverse myths surrounding her are tales of being a talented seductress and even possibly a djinn. So it wasn’t a huge leap for Gaiman to turn her into a goddess driven by a…ermm…voracious…sexual appetite, worshipped as the embodiment of sensuality. Still, this depiction, as with any creative element, was a conscious choice. So make of it what one will.

The show even seems set to give us all of the back story interludes–that explore how these many gods arrived on American shores. In this first episode, we see early Vikings crossing the Atlantic and bringing their gods with them. Gaiman, in his novel, alludes to a belief in numerous pre-Columbian contacts with the Americas from the Old World–hence making the claim that gods and goddesses and myth have been flowing across the Atlantic for quite a long time.

Down the line in the series, I expect we’ll also see many of the other rich stories Gaiman tells–from the journey of an indentured Irish servant to the horrors of the trans-Atlantic slave trade. Maybe a great way to start every episode? 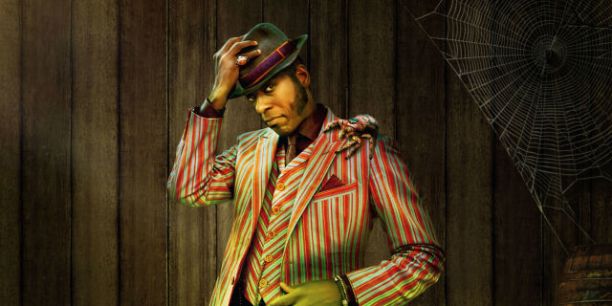 Orlando Jones as the one and only Mr. Anansi

Of course, there are some changes–because no adaptation is ever 100% faithful to the book. The backstories seem to be narrated by the funeral director Mr. Ibis (Demore Barnes), none other than the Egyptian god of scribes, Thoth. I’m guessing this early showing of Bilquis means she may have a larger role than in the book, which is good. Technical Boy (Bruce Langley) is no longer the “fat kid” but instead something like a punk version of Justin Bieber. Still annoying AF. He’s also gotten an upgrade for 2017–turning his limo and his henchmen into a bit of virtual reality.

In one piece of shocking imagery, Shadow is beaten and lynched by faceless men in white. There are connections here to the larger story line, namely to a certain “god of the gallows.” But in our era of Black Lives Matter and a Trump presidency (yes, that is actually still happening), it was hard not to suspect that the show’s creators were going for something more purposeful; in fact, earlier in the episode, white men threaten Shadow with a literal rope.

For those of us who are familiar with the book, we know there’s going to be lots more to come–lots, LOTS more. For those who are just joining, hang on. If the show can keep on like it has with this first episode, it’ll be an intriguing ride