It’s that time of year again, Black History Month. Beginning every February in the United States, the country sets aside 28 (or 29 in a leap year) days to celebrate, discuss and engage black history. Innocuous enough. And yet what seems to happen every Feb. 1st, is the beginning of a 28-days long ritual of whining (how come they get their own month?), misconceptions and endless micro-aggressive racial faux-pas. And this isn’t just from the usual skyboxes of white privilege; there are black people (some of them noteworthy) who wade into…well…the stupid. So here are a few tips to better understand the month, both for those who have to endure the stupid and for those who might be enticed to engage in the stupid.

I’m not racist but… How come THEY get their own month? You know the old saying about if you have to start off with “I’m not racist but…” right? Everything after that should just be silence. See the informative graphic above. Basically the answer is, racism. That’s it. Pure and simple. Black History Month exists because racism declared for a very long time that the only history that was worth knowing was white history–that is, the history of the western world, Europe and (if you’re in the United States) white people in America. Don’t believe me? Listen to this guy:

I am apt to suspect the Negroes, and in general all other species of men, to be naturally inferior to the whites. There never was any civilized nation of any other complection than white, nor even any individual eminent in action or speculation. No ingenious manufactures among them, no arts, no sciences…Such a uniform and constant difference could not happen, in so many countries and ages, if nature had not made an original distinction between these breeds of men–David Hume

See there? And that’s not your run-of-the-mill everyday slack-jawed yokel white guy either. That’s David Hume, the great Scottish philosopher of the Enlightenment–you know that age of reason and intellect that gave us nice things like natural rights, freedom, liberty, etc.? Also gave us the fruits of natural scientific racism. And it’s trickled down, by many others of his ilk (very smart reasonable and pleasant white fellows) to permeate our institutions, popular thinking and our understandings of history. If you’ve never heard of black figures in US history like Benjamin Banneker or Sojourner Truth or Elijah McCoy, but you’ve heard of white figures like Thomas Edison, the Wright Brothers and Susan B. Anthony, there’s a reason for that–racism. Those black figures were not deemed important or as worthy as their white counterparts. So you can go through grades 1-12, even through college, and never manage to run across those names unless you take *distinct* classes on African-American studies, history, etc. That’s why there’s a Black History Month, to honor and acknowledge those elements of history that too often go ignored or are given short thrift. Got it? Good. 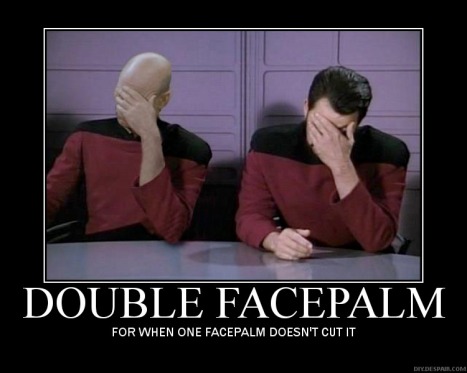 If there was a White History Month, THAT would be racist! Yeah, probably. Not because white people are inherently racist, but because there’s a long history of white people getting together to celebrate their whiteness and coming up with things like the Ku Klux Klan or rolling tanks into Poland. Sorry, you all have just gone about doing it very, very badly! When we yelled “Black Power” in the 1960s, most you got out of that was some fly afros, James Brown doing splits and Soul Train. Don’t blame us if when we hear you shouting “White Power!” it makes folks nervous. But more than it being racist, it would be plain dumb. I mean, slack-jawed, mouth-breathing monstrously dumb. Go back to the first question. If Black History Month exists because of past racism by white society, and most of the history we learn is already about white people, exactly what purpose would a White History Month serve? To honor the several hundred years of white enslavement? To commemorate when white people got their freedom? To relive the dark days of Biff Crow, when black people forced you to drink from “OFAY ONLY” water fountains? To celebrate Roseanne McParker’s brave stance on not giving up her seat to a black man on a bus? To talk about the White Civil Rights Movement that helped transform America and stop discrimination against white people? To remember the moment when Barry O’Bamasfield became the nation’s first white president? Unless you’re some inter-dimensional traveler who’s fallen through a wormhole and come out the other end from some parallel/alternative America, don’t say this anymore. It’s embarrassing.

How come they gave us the shortest month? This question comes from the black side of the spectrum, who for some reason think they’re saying something deep. The irony is, a little black history is all one needs to understand the answer to that question:

National African-American History Month had its origins in 1915 when historian and author Dr. Carter G. Woodson founded the Association for the Study of Negro Life and History. This organization is now known as the Association for the Study of African American Life and History (“ASALH”). Through this organization Dr. Woodson initiated the first Negro History Week in February 1926. Dr. Woodson selected the week in February that included the birthdays of Abraham Lincoln and Frederick Douglass, two key figures in the history of African-Americans. In 1975, President Ford issued a Message on the Observance of Black History Week urging all Americans to “recognize the important contribution made to our nation’s life and culture by black citizens.” In 1976 this commemoration of black history in the United States was expanded by ASALH to Black History Month, also known as African-American History Month, and President Ford issued the first Message on the Observance of Black History Month.- Library of Congress

See? No one “gave us” the shortest month. We did it. And it has a distinct purpose. Now you have a black history answer to your question about Black History Month. Stop asking it please.

Black History should be YEAR ROUND not just a month! Also from the black side of the spectrum. I hear your alarm, but don’t think you have anything to worry about. Black History Month is not Christmas. There’s no Black History Month tree. It’s not working towards a climax where we all give each other presents, then the season is over and we pack all the black history into the closet till next time. The stores don’t stock up on Frederick Douglass dolls and then take them down on March 1st and put up Easter candy. Historians of black history still have jobs the rest of the year. Books on black history remain stocked on the shelves. Throughout social media, black people will continue to send me tidbits of black history–some of it good, some of it suspect. I don’t know of any black people who forget about black history once the 28-days are over. The purpose of Black History Month is to place a spotlight on that history. So Keep Calm.

It’s not Black History, It’s AMERICAN History! Okay, so not stupid exactly. I can’t argue with that. It certainly is. Frederick Douglass or Malcolm X didn’t exist in a vacuum, but in the larger context of American history. It’s important people see that, and not believe black history exists suspended in some far-away unrelated place. Yet at the same time, Black History Month has varied interpretations. For some, it is mostly about what is more conventional African-American history that deals with the history within the national boundaries of the United States (and the previous 13 colonies). But there has been a long history of expanding beyond that. W.E.B. DuBois in his Souls of Black Folk begins his understanding of black history in Africa, and proceeds from there. African-American researchers like JA Rogers early on examined black history across space and time–from the ancient world to the United States to slave rebels in Haiti and beyond. Black History Month can thus at times be about slave maroons in Jamaica, jazz artists of the Harlem Renaissance or ancient pyramid building pharaohs. African-Americans today are also increasingly from a diaspora that stretches from Black Atlantic communities in the Caribbean to West, Central, South and East Africa. All of those stories may in time become part of this grander narrative. So Black History Month, it turns out, doesn’t have one monolithic voice and can mean many different things.

I’m not Black, why is Black History Month Important? Because. That’s my answer. It’s important just because. Here’s a good example that fits the theme of this blog. The Marvel series Truth: Red, White & Black by Robert Morales and drawn by Kyle Baker retells the story of the super-serum program that created Captain America, using black history (most notably the infamous Tuskegee Experiments) as a backdrop. The inclusion of this history sparked both shock and awe among the geek-o-sphere, many of who were introduced to this real-life story (now interwoven with their favorite super-hero) for the first time. As critic Adilifu Nama points out, the story “admonished the reader to incorporate the experiences and histories of black folk that paint a different picture of the cost and quest for freedom and democracy in America.” This site is similarly dedicated to speculative history, authored under my pen name Phenderson Djeli Clark. The middle part of that name basically refers to the famed storytellers of western Africa. Their tales were both history, in the western sense, melded with folklore and the fantastic. History is one of those things that fantasy and SF writers and others in speculative fiction can’t escape. Anyone engaged in speculative creating, knows that just the act of world building can require endless historical research. You can’t do fantasy in your medieval pre-industrial setting unless you have some history (whether that’s Eurocentric Westeros, African-centered Nyumbani or more diverse conjured up realms). Steampunk is almost impossible without an understanding of the era it attempts to mimic. Even our futurist creations are based on imagined histories that mimic and reflect those of our past. So black history is important, because it fits into that larger human history that we draw upon in our creations. It’s important, just because.

That’s all I got for now. Of course this doesn’t cover everything. And I’m pretty certain that before this month ends new mind-boggling bits of WTF will pop up regarding Black History Month. My advice? Understand that most of those people really don’t know what they’re talking about. Confront them if you must. But mostly, engage and learn this month–because that’s what it was meant to do.